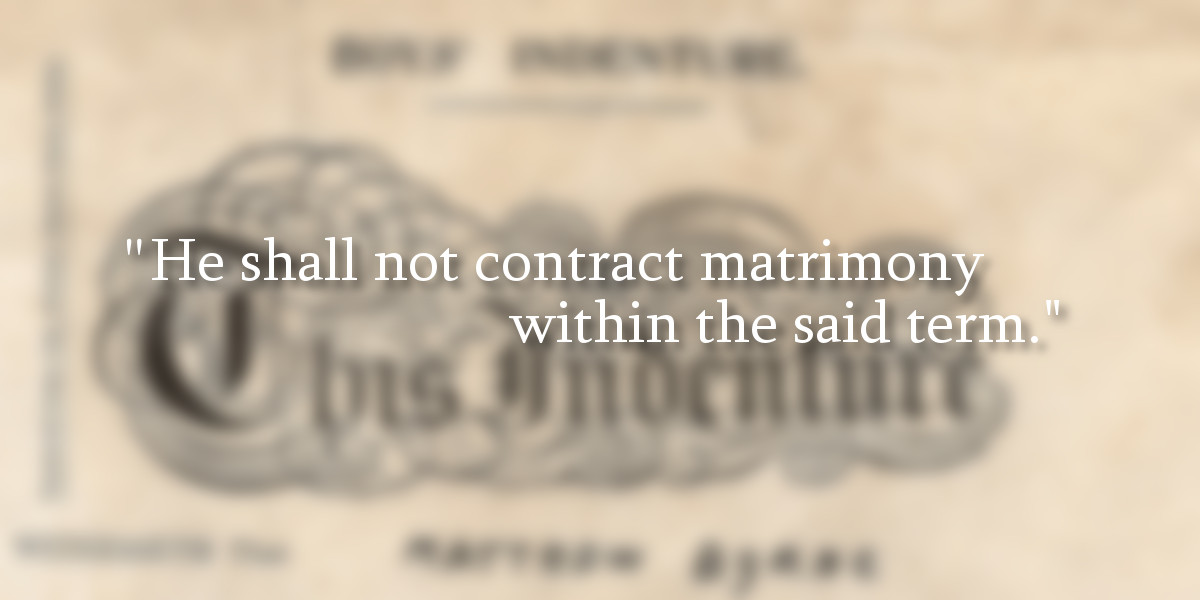 The following “Boys’ Indenture” was signed by Matthew Byrne of Martinstown, Athboy in 1934 when he was just 14 years old and was brought to use by his son Michael. As the contract was a generic form parts are blank because they obviously didn’t apply to the apprenticeship in question.

to learn Carpentry and Joinery

from the First of June one thousand nine hundred and thirty four until the end and term of five Years, from thence next following, to be fully completed and ended. During which term the said Apprentice his said Term faithfully shall serve, ______ secrets keep _____ lawful commands everywhere gladly do. He shall do no damage to his said  Employer  nor see it be done by others, but that he to the best of his power shall prevent or forthwith give warning to his said Employer of the same. He shall not waste the goods of his said Employer nor give or lend them unlawfully to any. He shall not contract matrimony within the said term.

And for the due performance of all and every the said covenants and agreements, either of the said parties bindeth himself to the other by these Presents. IN WITNESS whereof the parties above named to these Indentures, interchangeably have put their Hands and Seals, the  Second day of July in the year of our Lord one thousand nine hundred and Thirty Four.

Signed, sealed and delivered in the presence of

What is really interesting about this document is what limits it put on the Apprentice. He could not marry, he could not frequent taverns or gamble or buy and sell without his Employers permission. The amount of limits put on a young boy of 14 seems incredibly restrictive to the modern eye.